The Independent Woman is Unbiblical 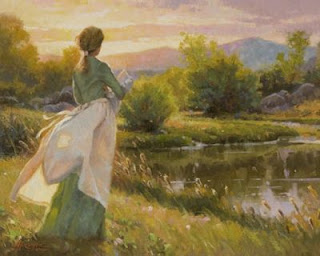 I have never wanted to be an independent woman.

It was pride and a desire for independence which caused Satan's downfall. The truth is, God made men and women to be dependent on one another and on Him. We were not created to be an island. Remember Adam in the garden? God said, "It is not good for man to be alone. I will make a helper suitable for him." And thus, the first family was formed.

This may be an unpopular opinion today, but I truly believe unmarried women should live at home with their parents until marriage. This does not mean a woman cannot seek outside employment or continue her education if that is indeed her desire, but if she is wise, she will not move out.

Apart from the physical and spiritual protection afforded her through this arrangement, by remaining at home, she will be able to save an untold amount of money, thus freeing her to enter marriage without any debt.

But to remain at home requires a certain level of maturity and self-sacrifice. A woman sharing a home with her parents is no longer a child. She cannot expect to be waited on and must strive to do her part, becoming a sort of co-homemaker alongside her mother.

In my own situation as an adult daughter at home, I prepare many of the family meals and work at maintaining the areas my children and I occupy neat and tidy.

I have never been independent by the world's standards, nor have I ever had the desire or the inclination to live on my own. The notion that a woman needs to move out of the family home as soon as she reaches adulthood is a modern invention made all the more popular through the pervasive rise of feminist ideology. Biblical patriarchy certainly lends no support to this dangerous idea

As for me, I have always thrived under the leadership and loving protection of a strong male guardian. It is a blessing I know not every woman is able to have, thus I never wish to take it for granted.

Posted by Paulina Marie at 3:29 PM

Email ThisBlogThis!Share to TwitterShare to FacebookShare to Pinterest
Labels: About Me, Homemaking, Marriage, Purity, Raising Children

I welcome your comments!

Paulina Marie
I'm an old-fashioned Christian homemaker with a passion for motherhood, marriage, femininity, and all things domestic. 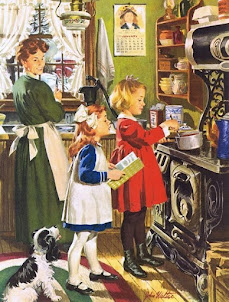 "As for her, like most women, she had but one ambition. To be a good wife and a good mother, and to be beloved by her husband and children, was all she asked. [She was] a busy, affectionate, cheerful little housewife, whose voice would never be heard in the streets, but whose memory would always live in a few faithful hearts." 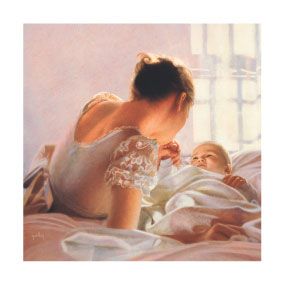 “Mothers are closer to God the Creator than any other creature; God joins forces with mothers in performing this act of creation…What on God’s good earth is more glorious than this; to be a mother?”
-Cardinal Mindzenty 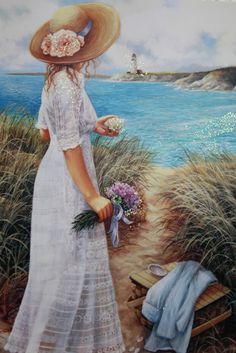 “Why do women want to dress like men when they’re fortunate enough to be women? Why lose femininity, which is one of our greatest charms? We get more accomplished by being charming than we would be flaunting around in pants and smoking. I’m very fond of men. I think they are wonderful creatures. I love them dearly. But I don’t want to look like one. When women gave up their long skirts, they made a grave error…”
~Tasha Tudor